In 2010, I wrote Top 10 Insults for Old People, a tongue-in-cheek article about an insensitive young couple I watched making fun of an older man as he shuffled down the street. Four years later, in some ways, I became that man, and the young couple has cloned themselves multiple times.

Rarely do I find the insults deliberate. Most stem from not understanding how the physical and psychological aspects of aging can produce epic personality changes.

This is the first of a three-part series exploring identity, changes, and aging. In this article, I’ll explain five components of identity and how aging affects each. In the second article, I’ll share helpful strategies for those who can still remember twenty-five-cent McDonalds hamburgers. I learned these from hospice patients I served and caregivers I counseled over the past ten years. The final article will contain suggestions for people who can’t quite understand why their parents and other older people have become so unreasonable. 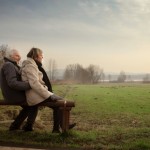 For most people, aging is synonymous with a shrinking world. We retire, shrinking our social contacts and often goal-related activities. We become ill or disabled and either lose the ability to engage in activities important to us, or bumble through them. We lose our partners and face the world alone. And of course, we realize the time left for us is less than the time we have lived.

All of us—regardless of age—are what we do, believe, think, experienced and how close we place ourselves to death.  When significant changes occur in any of these areas, our identities are shaken, often resulting in becoming a person we don’t like and someone misunderstood by others. With older folks, the changes tend to occur in more areas and often are dramatic.

As we age, our identity changes, despite the view of some who believe there is an unchangeable “core”; one that remains steady regardless of what happens to us and what we do. In an abstract sense, this belief may be true. But try convincing someone who has undergone dramatic changes of the concept’s practicality. Folks such as: 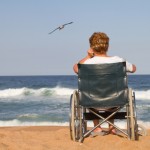 A Fortune-500 executive who’s early-onset Alzheimer’s makes it difficult to count change for a dollar.

An aging Jazz pianist who knows he doesn’t have enough time to become as innovative as Keith Jarrett.

In 2012, I wrote, I’m Different: Illness-Based Identity, in which I described how identities are partially based on the activities we do. Sometimes the disruptions in our lives are dramatic, as when a heart attack results in lowered physical activity. But often it’s as subtle as when a person’s ability to knit dwindles after years of chronic and acute arthritis.

The Problem. Statistically, older people tend to become more ill, more fragile, and face more life-changing disabling conditions than younger people. The heart attack may not result in identity changes for someone who was sedentary, and the arthritis may be inconsequential for the person who occationally  knits. But identity changes become dramatic for a life-long runner who had a heart attack and person who spends hours each day knitting.

We glide through our lives guided by “shouldisms” we believe are true, moral, ethical, or are in our self-interest. Regardless if these values are religious or non-sectarian, there is an assumption that not only are they important for the person who adheres to them, but should apply to everyone.

In a constantly changing world, these beliefs are not immune to assaults. When guidelines for how we conduct ourselves are under attack, we can choose to accommodate the changes, or fight to retain them. Regardless of the choice, the struggle affects our identity.

The Problem. To accept the changes means what we believed our entire lives may be false. To defend them adds a defensive layer to our persona that can be just as disruptive as accepting the changes, as evidenced by the conflicts generated by same-sex marriage laws, legalization of marijuana, or the election of a President whose ethnicity is denigrated, just to mention a few.

Our thinking is based on how we manage what we know. Without getting too technical, three major components of thinking are, short term memory, long term memory, and executive functioning.

Short term memory involves the ability to retrieve information about something that just happened—I want to make an omelet, and I need to retrieve the eggs I just bought and placed in the refrigerator.

Long term memory is short-term memory that moved to long-term memory after I slept—To make the omelet I’ll need to find the chili powder I placed on one of the pantry shelves last week.

Executive functioning is my ability to manipulate what is stored in short and long term memory—how to assemble all of the ingredients for an omelet, combining them to make a mixture I will place in a pan, and heating them for a set amount of time. 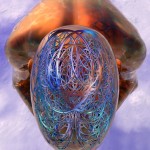 The Problem. Although each is independent, problems in short and long term memory are mistakenly thought to signal declining intelligence; a deterioration of executive functioning.

How we perceive the world determines how we interact with others. And our perceptions may be distorted by our history. For example, a holocaust survivor’s negative view of anything German in 2014, might have been indelibly etched in her mind in 1941.

While the world of a younger person is expanding, the world of elders is shrinking. Our abilities decline, friendships are lost through death, and there is the realization the time we have left is limited. The degree we accept the inevitability of death is the eight-hundred pound gorilla in the room, directing our everyday decisions as if it were “The Great Oz,” behind the curtain in The Wizard of Oz.

The Problem. As our world contracts and changes, there is a need to grasp at what’s stable. For example, it can be the need for having dinner at the same time each day, or resistance to new forms of communication, such as texting on a smart-phone.

Aging is an inevitable and often frightening occurrence for those who experience it, and confusing for younger people who interact with those of us who live it. Many of the glib suggestions for how one can gracefully and joyfully become old, find little value for those of us who are dealing with it and those who are trying to be sensitive to our needs. But approaching aging from the perspective of a changing identity, results in a less glamorous by more realistic understanding of this normal and inevitable phenomenon. In Part II, next month, I’ll explore how those of us who are aging can do it more successfully and less painfully.