In Aging and Identity Part I, I maintained the role of identity may be critical in understanding how we react to aging; including the many desperate decisions we make, such as an obsession with appearing youthful, painful tummy tucks, and foolishly engaging in a multitude of activities our bodies are no longer capable of doing. In Aging and Identity Part II, I suggested a few strategies for dealing with our changing identities. In this final article, I’ll offer suggestions for those who are confused how to deal with us “older” folks.

We’re Not Dead Yet

We may be changing, but we’re not dead yet. I think people who are younger than us—like our adult children—are often confused about how to react to our diminishing abilities. I remember my son insisting on  carrying a chair I was

prepared to move across the room, believing I no longer had the necessary strength. Although I viewed his offer as an act of kindness, it could have been misinterpreted as a judgment I was sliding into infirmary quicker than I acknowledged.

Our children, friends, and colleagues often decide to be helpful without understanding the effects of their actions. What they see as considerate—whether that involves something as simple as lifting a heavy object or as critical as making sure an aging parent is ingesting enough nutrients to continue living—can easily be thought of as the mistaken belief we aren’t responsible to make our own decisions. 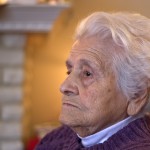 When I served as a bedside hospice volunteer, I learned about the importance of independence from patients who experienced dramatic declines. They were dying, and even though their independence dwindled on a daily basis, it was important for them to do whatever they were capable of without help.

As a caregiver, that translated into either giving options (e.g., would you like to feed yourself or would you like me to hold the fork) or asking direct questions (e.g., Do you need help getting into bed?) For those of us who hope that many good years remain, our need for independence is still important. The adult son of a patient constantly tried to anticipate his father’s needs. He said to me, “To wait until he is in trouble would be disrespectful,” What he didn’t realize was the constant anticipation had the reserve effect.

Trust us to make rational decisions, even if you don’t understand them. I’m often struck in my counseling of caregivers on their insistence their loved one is no longer capable of making rational decisions. The justification is rarely because of dementia. It has more to do with not understanding the reasons for a decision.

After all, why would someone near the end of their life want to buy a new car or spend a fortune on remodeling the house they will use for only a few months? Two of my patients made these “irrational” decisions, not because of delusions, but rather from a need to control small aspects of their lives. Understanding our decisions requires a multi-dimensional approach. If the focus is only on the surface meaning, the decisions may appear irrational. But if you ask, “what does this mean?” a new level of understanding is gained.

We Know More Than You Think

In 2010, I wrote Top 10 Insults for Old People, an article in which I listed the ten most annoying things younger folks do because of not understanding aging. For me, the worst is the routine dismissal of what we know.

Mark Twain said, “My father was an amazing man. The older I got, the smarter he got.” Many of us look at what’s new as having no relationship to the past. But we live our present through the past. What gives the present meaning is reference to what we know or experienced—our past.

The hesitant acceptance of a new idea may not only be related to fear of change, but also something that we experienced many years ago. My mother’s reaction to anything German was based on the holocaust experiences of her family. When I bought my first car—a Volkswagen—I couldn’t understand why she refused to ride in it. Even though she related family stories of persecution in Poland, I thought, but “that that happened in the past.”

When I became an older adult, I began to understand many of my mother’s behaviors when I became out-spoken about discriminatory practices because of my experience as a child in a small anti-Semitic town and encounters with white southerners during the voter’s rights movement in 1965.

We can’t escape our history. We live, modify, and sometimes unsuccessfully close our eyes to it. With age comes an increasing number of life shaping events. When we respond in a way you don’t understand, before think about our lives before you judge, and if you’re unsure how it’s related to a present decision, just ask. You’ll be amazed how willing we are to talk about our lives.

Aging is a natural process rarely understood until you are on that path. It involves changes in identities, reassessment of goals, coming to terms with our past and realization that our future is rapidly ending. 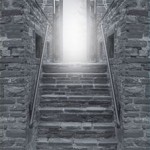 Many of the decisions you make will either ease the journey or lead you being pulled along kicking and screaming to something that is inevitable. A few useful choices among many you can make are:

Understand the role of identity

Adapt to the inevitable

Accept help as a form of compassion

Forgive and ask for forgiveness

Understand you experience the present through your past

You can’t think your way to happiness; do something joyful every day

A three-part series of articles is hardly enough time to comprehensively write about aging—especially when I’m caught in the middle of it. I am working on a book about aging that expands on the articles and hopefully can be used as a guide for those of us who are on this unsettling journey.

It will be the last in a reverse trilogy of books. Lessons for the Living was my memoir as a bedside hospice volunteer. Leaning Into Sharp Points was written to caregivers trying to find the most compassionate means to serve loved ones. The last book will be an atlas of meaningful aging, written with humor and from the perspective of someone who vacillates between acceptance, adaptation,  kicking and screaming, and joy.