Most of us believe the world should be viewed as we see it. And when there is a discrepancy between the right way—ours—and the wrong way, we are, in the words of Captain Louis Renault in Casablanca, “shocked.” However, he always knew that gambling occurred in Rick’s Café Américain. Our shock over the differences is genuine.

I saw it on the face of the thirty-something-year-old in an Apple Store as he tried explaining to me—someone in his sixties—the simplicity of a computer program I viewed as more unfathomable than the birth of the universe. I heard it in Starbucks from a man who was wearing a Romney button and telling his friend that he couldn’t understand why everyone didn’t see the left-wing conspiracies he believed were so obvious. And as I counseled a caregiver, I painfully listened to the woman’s description of her terminally-ill husband’s ingratitude after she spent ten years compassionately caring for him.

CAPTIVES OF OUR HISTORY

Whether it’s issues involving age, political preferences, caregiving, or virtually any other form of human interaction, our personal history may be at the root of our shock when we make it the sole reference point for understanding the words and behaviors of other people. How many times have you said, “If it were me, that’s not how I would have acted.” But unless you lived an identical life and have identical values, your belief that you would have reacted differently is just a theory. 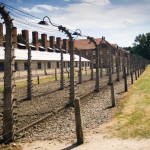 I remember my mother becoming annoyed with me more than forty years ago because I bought a Volkswagen. “How could you?” she said. “Have you forgotten that thirty-three relatives died in Auschwitz?” Her view of life was shaped by genocide in Poland and bigotry in the United States. Conversely, I’ve cared for a hospice patient who emigrated from Germany as a teenager in the early 1950’s.  She couldn’t understand why people treated her as if she masterminded the holocaust, especially when the judgment came from people who, like my mother, were caring and rational.

The older I get, the more I realize there probably is no such thing as an independent reality—despite my acting as if there is one. I’m not talking about academic discussions of whether or not something exists outside of our consciousness (e.g., does a tree make a sound when it falls if nobody hears it?) But rather, a much more down-to-earth, useful idea—we see everything through our history. I know some people would argue for the universality of certain beliefs—both religious and secular. This type of black and white distinctions in a gray world become the moral certitudes that cause us to be shocked, angry, disappointed, and hurt when someone doesn’t see the rightness of our interpretation of reality.

There are few consequences when the person we are disagreeing with or chastising is someone who may be distant from us, such as a politician. But often it’s closer to home, such as a partner doing something we consider disrespectful to us or a person we are caring for being ungrateful for that 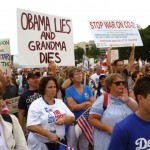 we have sacrificed. The problem with expecting others to live by our convictions is that it says, “You should act as I do, because this is something I believe is true.”

I’m sure some shouldisms are universal, but when I think about most points of friction in my own life and those of my clients and patients, it’s personal history rather than abstract, universal values that are most often responsible.

It’s our personal history that leads to  absolute positions about abortion, relationships, caregiving, and end of life decisions, just to mention a few. The problem is that many things we believe are absolute, are just reflections of our personal history. When we pretend that it doesn’t matter, we demonize those who we disagree with, and worse, fail to understand why they did or said what they did.

When I visited Buchenwald to do research for a novel I just completed, I tried to understand how the people in Weimar—a small city which is only six miles from the concentration camp—could pretend that something terrible wasn’t occurring within it’s electrified barbed-wire fences. And even if they initially couldn’t,  how would they explain the ashes and smells from the huge chimney in the camp that drifted over the town every Tuesday and Thursday?

When I found someone who would talk honestly about their life as an adult in the 1940’s, he explained that, before Hitler, he and his family ate only once a day. And in the winter, there wasn’t enough money to buy even a few pieces of coal to heat their house. In a moment of incredible honesty, he said, “We believed in the Nazi ideology because it filled a need in our lives. Yes, we saw horrible things when we bought pork from the guards at the entrance of the camp. And yes, we saw the ashes and knew where it was coming from. But our belief in Hitler was more importan 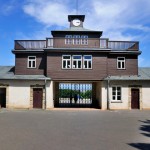 t than what our eyes and noses told us. He wasn’t a madman, just someone who understood our needs and how to fill them.”

UNDERSTANDING RATHER THAN CONDEMNING

Today, many people face a similar dilemma—a disconnect between what they want to believe and what they experience. As I look at my own behaviors, and those of my client’s and my patient’s, I’ve come to understand that because we are human and have lived very different lives, everyone sees the world differently. A ca 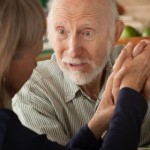 regiver sees the sacrifices she made to care for her husband and doesn’t understand his ingratitude. Her husband doesn’t believe his annoyance at his wife is ingratitude, but rather a way of dealing with a loss of control and his imminent death.

It’s so much easier to evaluate someone’s behaviors in black and white terms: I’m right, she’s wrong. I’m sensitive, he’s ungrateful. I care, they don’t. These absolutes may be necessary in an age when we seek clear distinctions between right and wrong, ethical and non-ethical behaviors, moral and immoral decisions. Simplifying the complexities of human relationships may lead to easy condemnations, but it often prevents our understanding why a person does or says something that to us is as unfathomable as the origins of the universe are to me.

So the next time you’re shocked with someone’s behaviors or words and are tempted to make a value judgment, try to understand their history, which may involve the inculcation of parental values, abandonment, a life-long disability, a chronic illness, the realization that their death will occur within months, or any other aspect of a personal history that forms the vessel into which they pour their lives.

Righteous judgments and moral outrage move us to the past—things that have already happened. It does little to explain why something occurred or was said. And, more importantly, offers little guidance for the future. 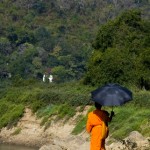 The Buddha said who we are today is based on who we were yesterday. And tomorrow we will become what we decide to do today.  His words are just as poignant today as they were more than two-thousand years ago. It’s understanding and not condemnation that allows use to prepare for the future. Maybe we’re not always right and maybe those who we criticize aren’t  always wrong.