Home
My Blogs
End of Life 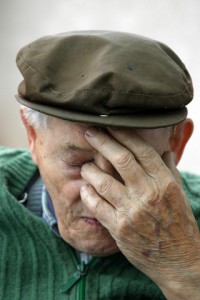 He pleaded with me to shoot him and the request wasn’t figurative. He was my first patient as a hospice volunteer in San Francisco and I was forced to think about the right to die.. That moment, eight years ago, still haunts me. Not because I was confronted with a real life decision of immense consequences, but rather because I knew that I couldn’t honor his request, nor relieve the enormous psychological pain he was enduring—one that lasted for the next few months until he died.

The Right to Die

It was the first and only time I was so directly confronted by the issue of a person’s right to die—from the person who wanted to control the timing of his or her own death. At presentations that I do, both in the United States and other countries, the question almost always comes up, “Do you believe in euthanasia? Do you believe in the right to die?”

It’s a question almost always asked by someone who has strong ethical or moral convictions about the right to die. Instead of answering the question immediately, I try to learn about the person who’s asking it. Always, I find that their question is theoretical—there are no immediate real-world consequences for either themselves or anyone they know.

They ask it because of a campaign for or against euthanasia, something heard on television, read in a newspaper or religious journal, or it’s related to deeply held religious, ethical, or moral convictions. When I ask, “But are you dying?” The startled answer has always been “No.”

Who Should Determine a Person’s Right to Die?

And I believe that’s the problem in most discussions about the right to die. There’s an old Arab saying, “If you want to know how well the medicine works, don’t ask the doctor, ask the patient.”

The way people who are healthy perceive their world is very different than someone who knows he or she has months or only weeks to live. The healthy person believes there will be enough time to make amends for their unskillful words or acts. For many terminally ill people, they know there won’t be. And with that realization, comes a shift in how they perceive their world and the relevance of values that have been untested in the crucible of living.

Suffering and the Right to Die

For some, like the late Reverend Rosi Jiyu-Kennett, the Abbess of the Shasta Buddhist Abby, adversity was viewed as a gift. One of the monks had the evening assignment of making sure she was comfortable before going to bed. As her cancer progressed, she was in constant pain. According to the monk, as he left her room he heard her say something like, “Thank you dear Buddha for giving me one more day to perfect myself.”

Roshi Jiju-Kennet looked at every day—even those filled with intense pain—as an opportunity to become a better person. Others also felt that their life was sacred.

A devote Catholic patient of mine was in enormous pain despite the heavy dosages of medication. For her, although she wished for an early death, her beliefs dictated that “God will take me when he’s ready.”

But for many other patients I’ve served, how they approached their deaths wasn’t quite as unambiguous as it was for Roshi or my devout patient.  Knowing they would die soon changed how they viewed most things, including the values they thought were unassailable. I’ve listened to the words of terminally ill patients as they contemplated their journey towards death. For each, their view was partially determined by their past.

For some, there were no regrets, and their approaching death held no psychological demons. But for others. there were many. One athletic patient with ALS (Lou Gehrig’s Disease), was painfully obsessed with the thought of eventually being unable to move any part of his body. My first hospice patient believed he was responsible for the death of his son, and expressed remorse whose depths were unimaginable to me, as a father.

In discussions of the right to die, the focus tends to be on the physical pain a person is enduring. The argument is often made that with advances in palliative care (pain reduction) virtually all pain can be reduced to tolerable levels or eliminated. That’s not always true, especially if someone wishes to remain alert until he or she dies. And it completely ignores the psychological pain many of my patients have shared with me.

The religious and spiritual values that people use to guide their own lives and deaths should be respected, regardless if that involves the sanctity of life in Catholic doctrines, the Buddhist belief that adversity is important for preparing oneself for the next life, or the decision of a dying person to determine when his or her intractable physical or psychological pain should end.

What I believe is disingenuous is when someone who views their own death as beyond a distant horizon suggests how someone who is about to cross it should die. So the next time someone adamantly opposes a person’s right the die, ask the question, “But are you dying?”